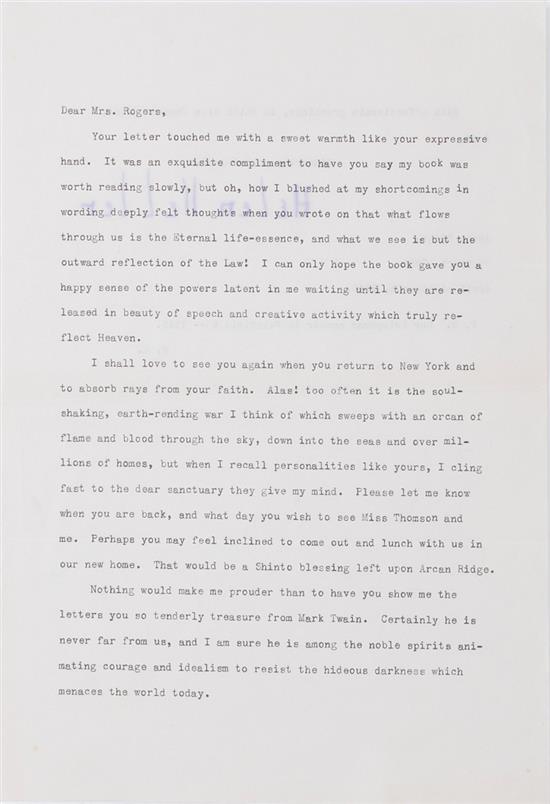 Helen Keller typed letter, signed Dear Mrs. Rogers, Your letter touched me with a sweet warmth like your expressive hand. It was an exquisite compliment...