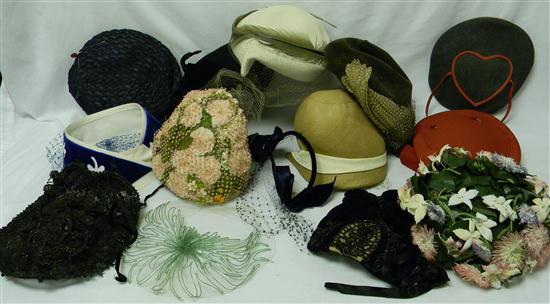 HATS: Don Marshall Paris New York six veil hats including: one with blue velvet and white shamrocks; one black with butterflies; one with berries and...