Price guides for HART STILL LIFE WITH DECK OF CARDS along...

Appraise and find values for
HART STILL LIFE WITH DECK OF CARDS along... 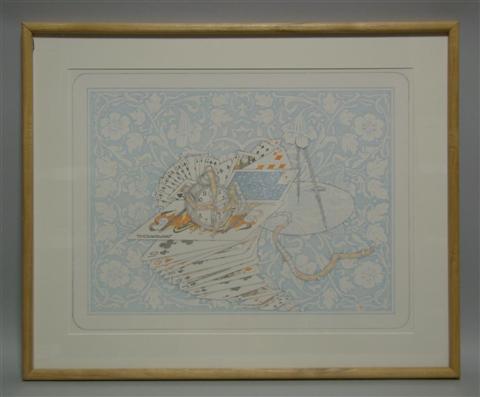 HART STILL LIFE WITH DECK OF CARDS along with two other watercolors Pencil on paper: Colored pencils on paper: 19 1/4 x 24 3/4 in Framed; lower right... [this item is NOT for sale]