Price guides for Grouping of material including 1.) Eisenhower's...

Appraise and find values for
Grouping of material including 1.) Eisenhower's... 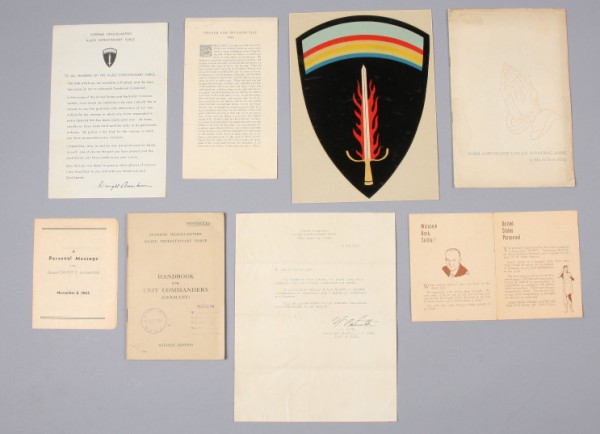 Grouping of material including 1.) Eisenhower's D-Day letter to troops. Letter measures 9" x 6" and features facsimile signature of Eisenhower at bottom....