Appraise and find values for
Grouping of Four (4) Polychrome Porcelain... 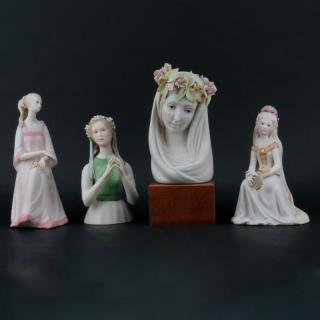