Appraise and find values for
Grouping of 13 Trumpet Vases. : Includes... 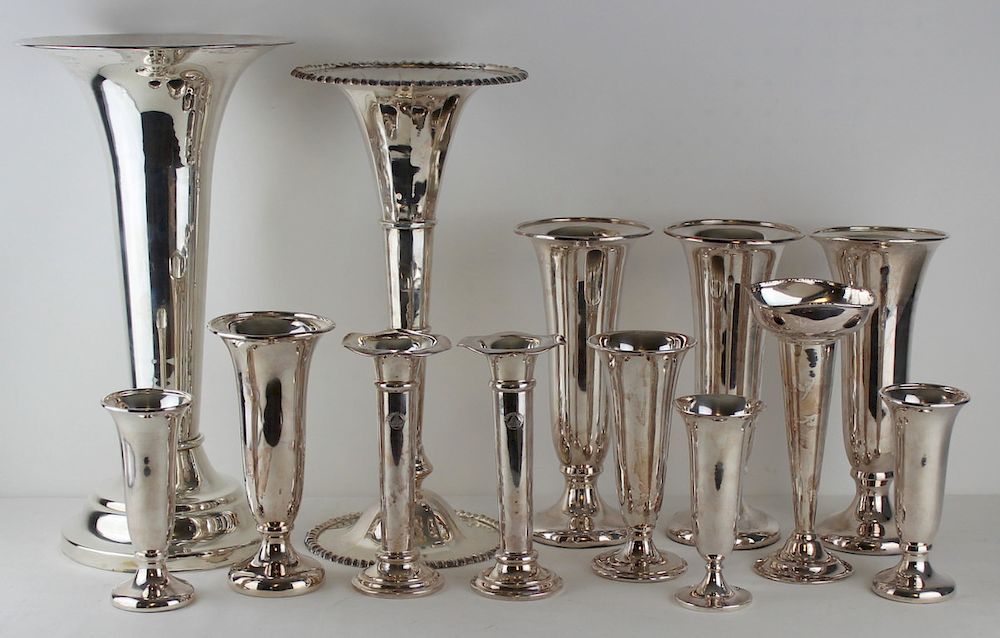