Price guides for Group of five Royal Doulton figures to include...

Appraise and find values for
Group of five Royal Doulton figures to include... 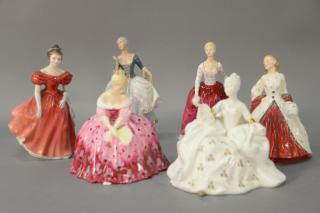 Group of five Royal Doulton figures to include Victoria, Antoinette, Fiona, Winsome, and The Ermine Coat along with a Royal Dux figu... Group of five...