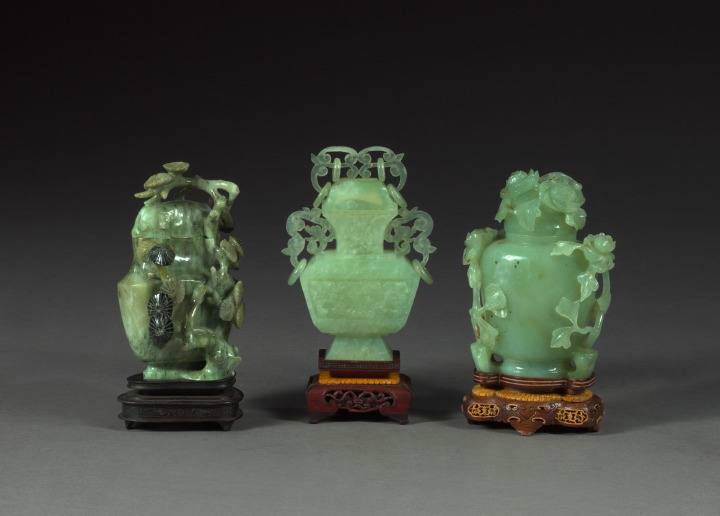 Group of Three Carved Jade Vases, consisting of a Chinese carved ringed foliate-handled pale celadon jade covered vase in the Tao-Kuang taste, an elaborately... [this item is NOT for sale]