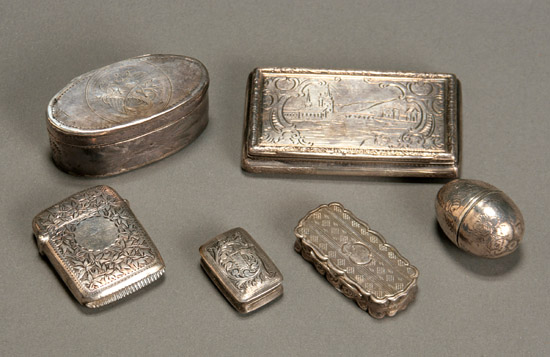 Group of Six European Silver Boxes 19th Century Consisting of an oblong vinaigrette, Edward Smith, Birmingham, 1852, the top inscribed Lydia within a... [this item is NOT for sale]