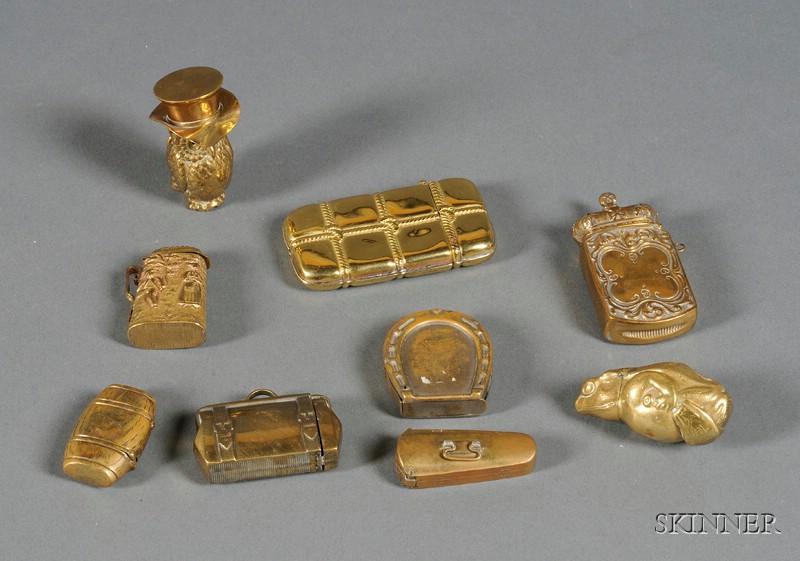 Group of Nine Whimsical Metal Match Safes, late 19th/early 20th century, formed as: a Japonesque frog with a pipe and tobacco pouch, an owl in a top hat,... [this item is NOT for sale]