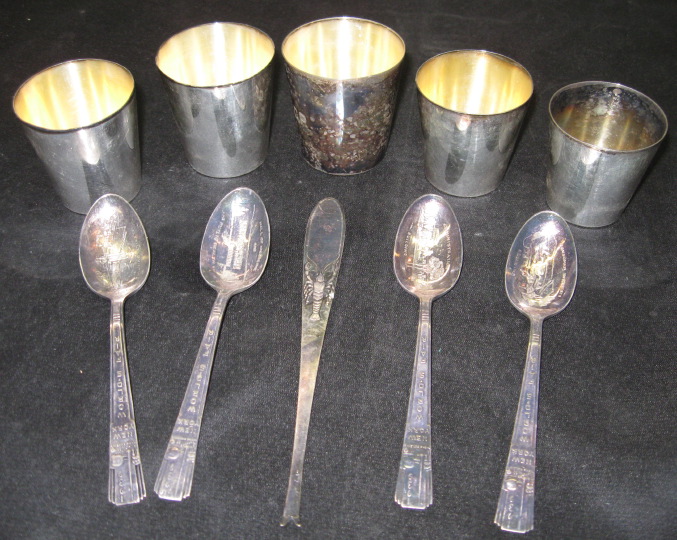 Group of Nine Silverplate Items, consisting of four American silverplate souvenir spoons from the 1939 World's Fair, New York, an Oskar Davidsen silverplate... [this item is NOT for sale]