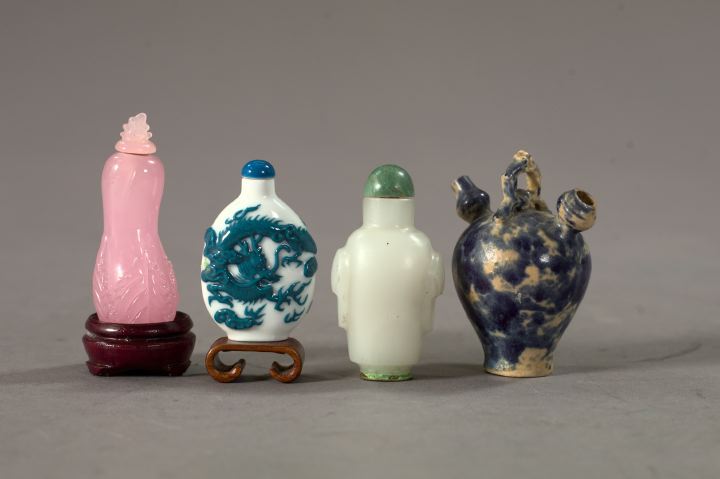 Group of Four Snuff Bottles, consisting of a Kuang Hsu carved rose quartz snuff bottle of gourd form, fourth quarter 19th century, accompanied by a concave... [this item is NOT for sale]