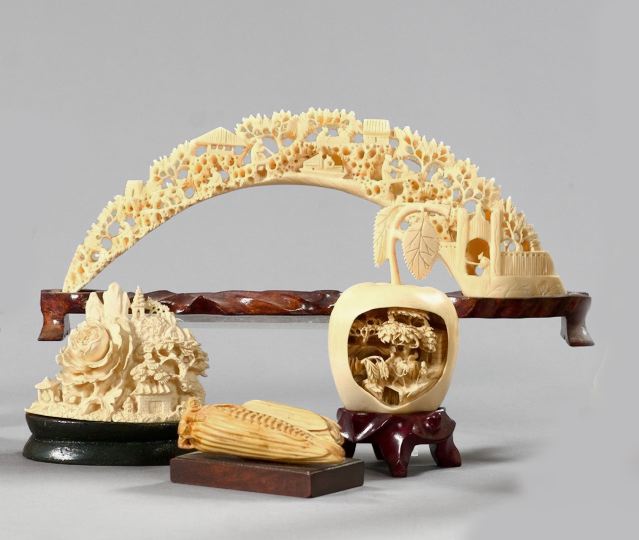 Group of Four Carved Ivory Items, fourth quarter 19th century, consisting of a good Japanese Meiji carved ivory apple, the face elaborately carved with... [this item is NOT for sale]