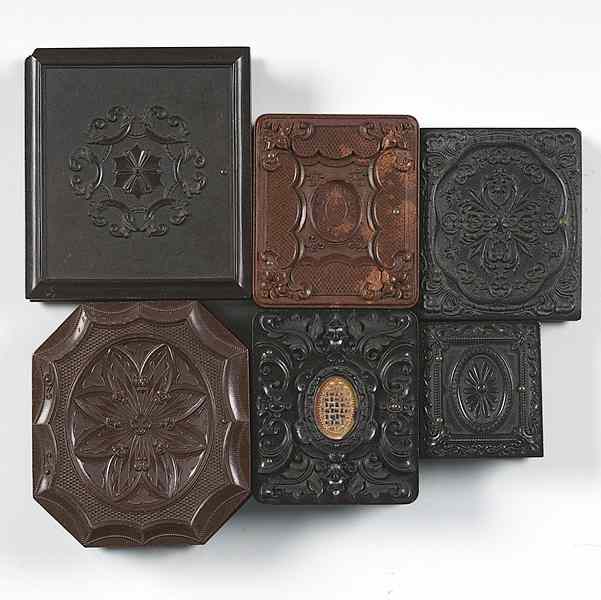 Group of Fine Thermoplastic Geometric Cases Lot of 6 including: one sixteenth plate Union case Berg 3-461 containing a water damaged ambrotype of a man;... [this item is NOT for sale]