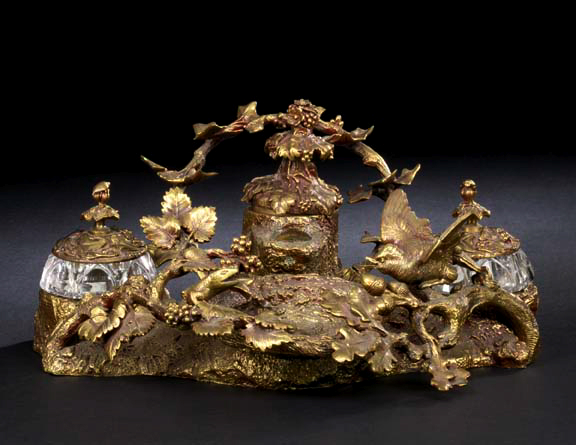 Good, Large Napoleon III Patinated Bronze Encrier, in the manner of Pierre-Jules Mene (French, 1810-1879), featuring a songbird nest threatened by a marauding... [this item is NOT for sale]