Price guides for Gilt and Lacquered Bronze Figure of Buddha...

Appraise and find values for
Gilt and Lacquered Bronze Figure of Buddha... 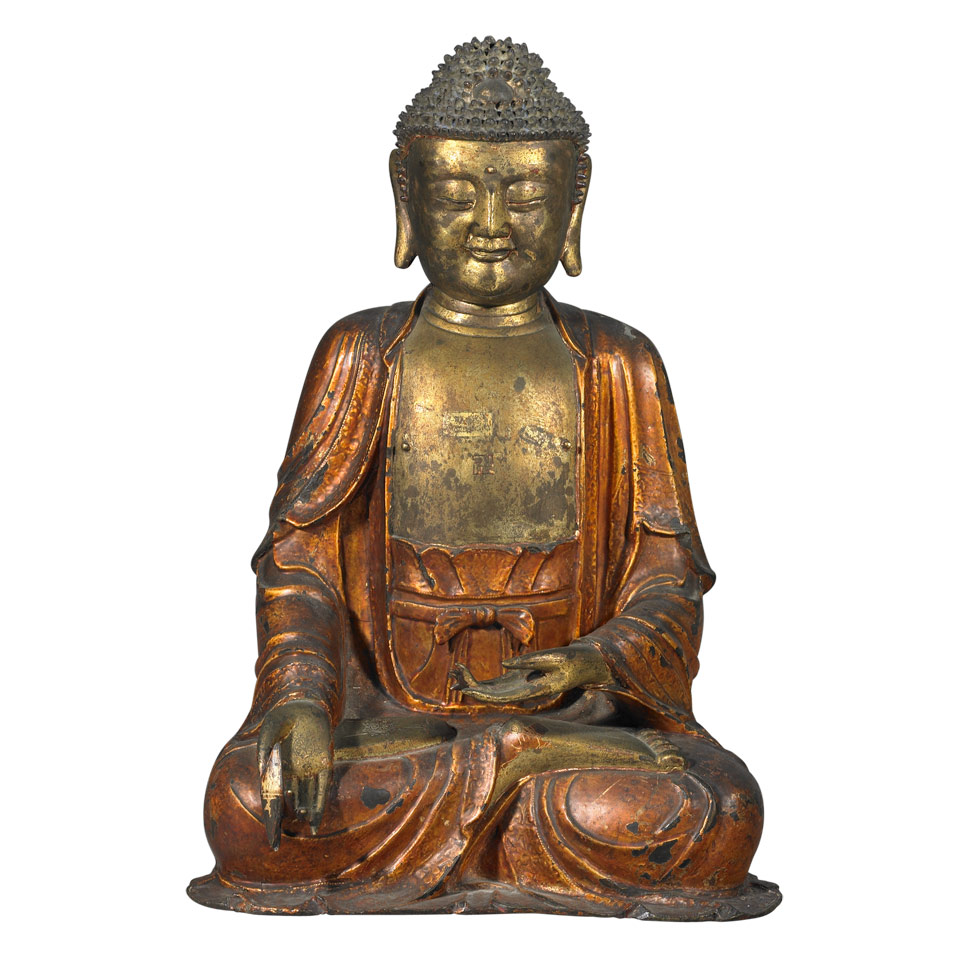 Gilt and Lacquered Bronze Figure of Buddha Akshobya, Ming Dynasty, 16th/17th Century The Buddha with tightly curled hair, fleshy ear lobes and a serene... [this item is NOT for sale]