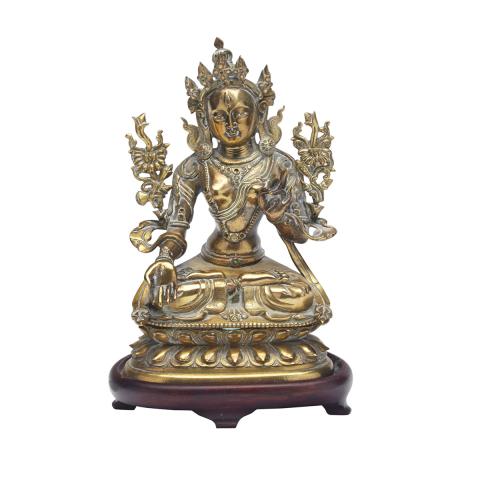 Gilt Bronze Figure of Tara, Tibet, 18th Century Flanked on either side with vines of lotus, the crowned figure dressed in ornate jewelry and ribbons... [this item is NOT for sale]