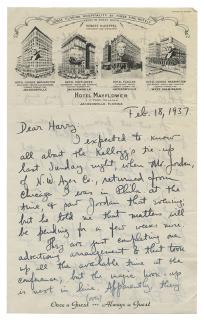 Gibson, Walter. Archive of Harry Blackstone—Walter Gibson Correspondence and Records. Including holographic and typewritten letters from Blackstone’s... [this item is NOT for sale]