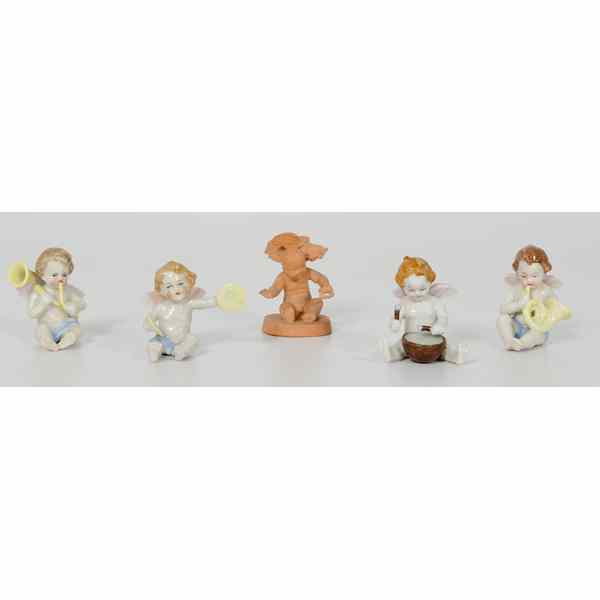 German Porcelain Putti Figurines Plus German.? Four porcelain putti figurines each playing a different musical instrument all marked?Germany?on bottom... [this item is NOT for sale]