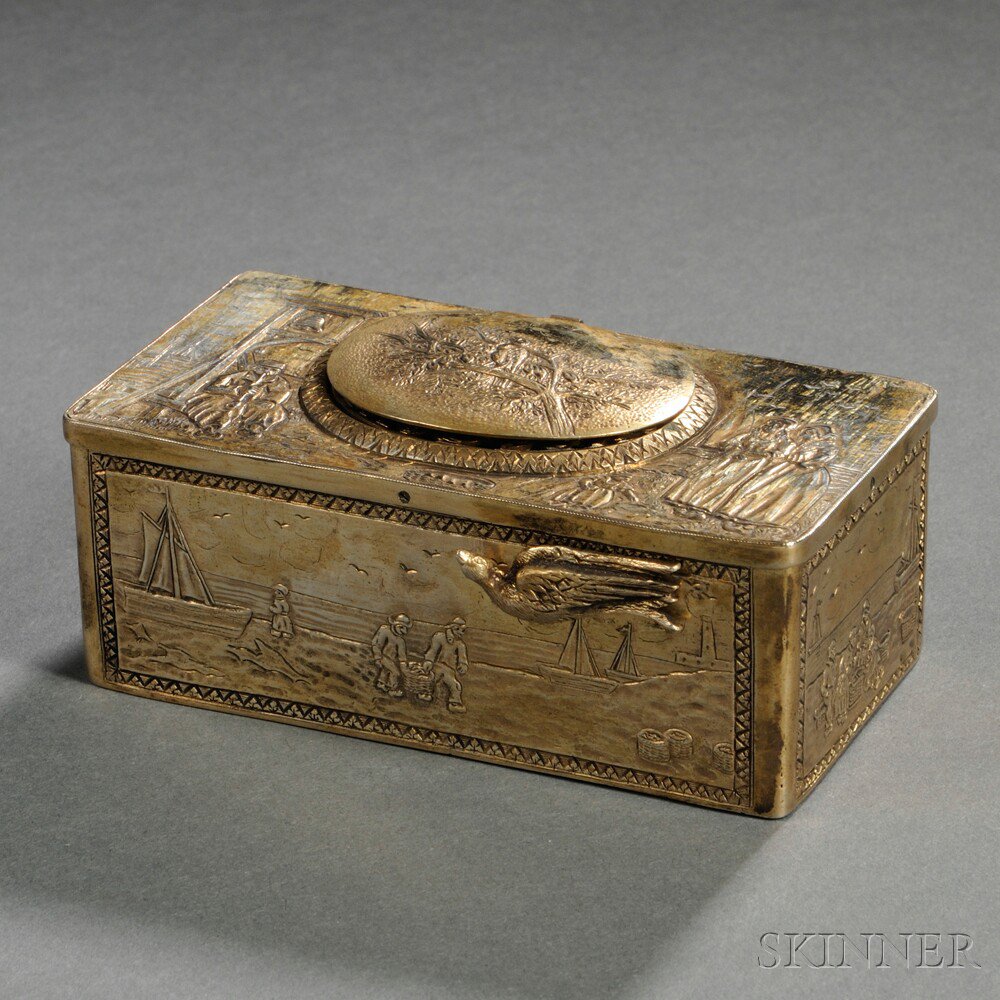 German .800 Silver-gilt Singing Bird Automaton Box, late 19th/early 20th century, rectangular, decorated to all sides with bucolic peasant scenes, with... [this item is NOT for sale]