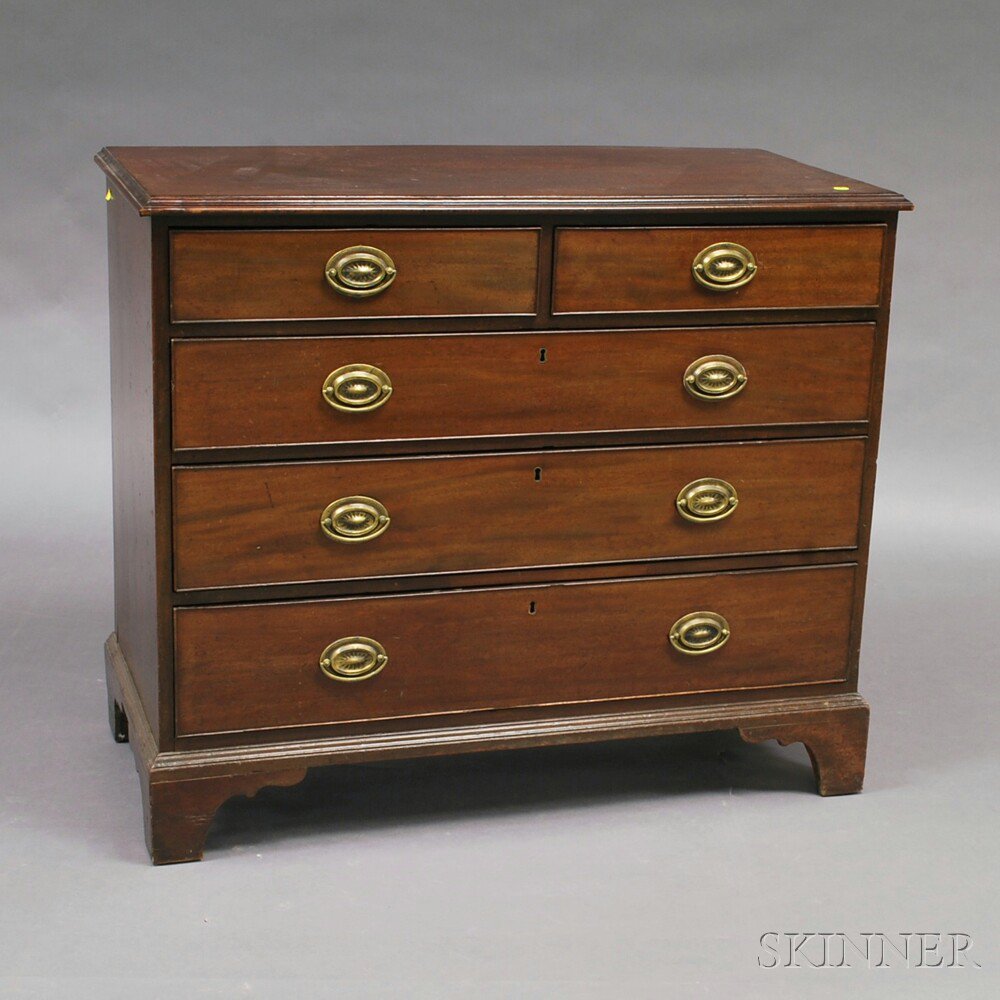 Georgian Mahogany Chest of Drawers, England, late 18th century, the molded top on a case with two cockbeaded short over three long drawers, atop a bracket... [this item is NOT for sale]