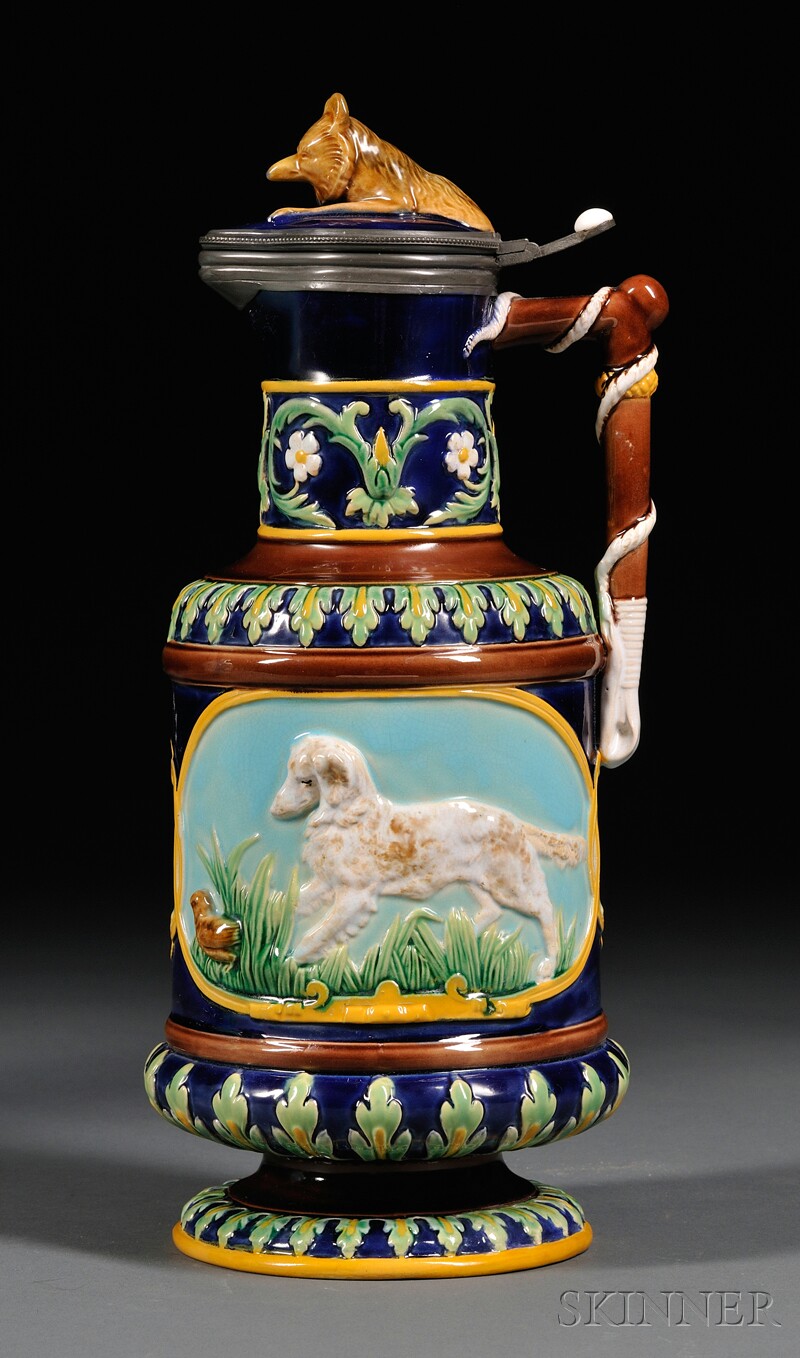 George Jones Majolica Jug, England, late 19th century, pewter-mounted lid modeled with fox finial, two cartouches to the body with a wolf and rabbit and... [this item is NOT for sale]