Price guides for George III yew wood teapoy, circa 1800, having...

Appraise and find values for
George III yew wood teapoy, circa 1800, having... 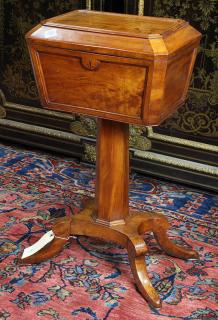