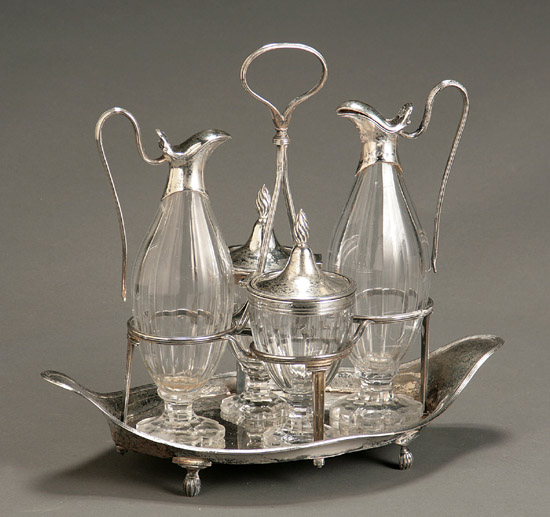 George III Silver and Cut Glass Cruet Stand Probably William Stroud, London, 1788 The reeded handle and bottle housing above an oval tray with shaped... [this item is NOT for sale]