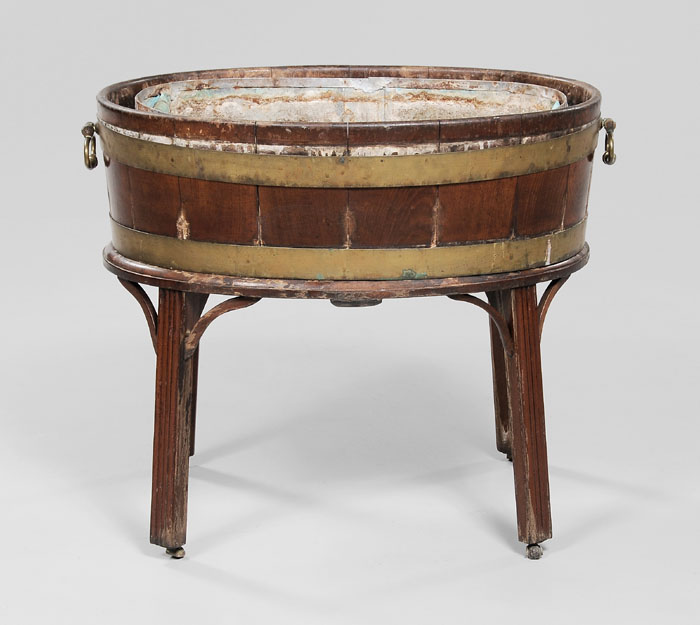 George III Mahogany Wine Cooler British, 18th/19th century, with brass bands and removable metal insert, lifting off of a separate frame with molded square... [this item is NOT for sale]