Price guides for GROUP OF POLITICAL MEMORABILIA. A group of...

Appraise and find values for
GROUP OF POLITICAL MEMORABILIA. A group of... 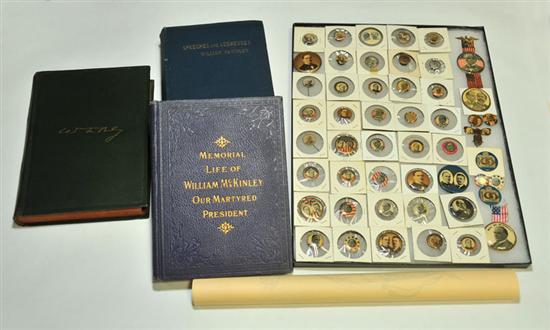 GROUP OF POLITICAL MEMORABILIA. A group of pins buttons books and a poster pertaining to William McKinley's presidential campaigns of 1896 and 1900....