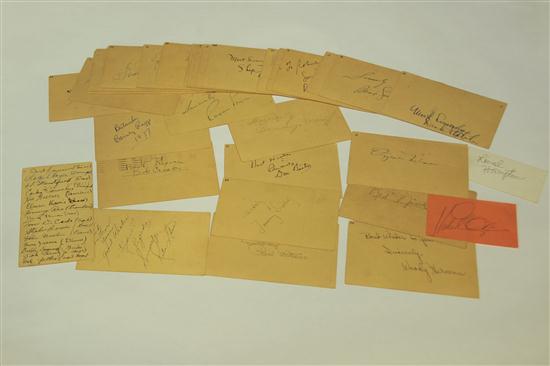 GROUP OF AUTOGRAPHS. American 1930s-1950s. Primarily jazz and big band artist signatures on postcards that were sent out to artists and returned. A few...