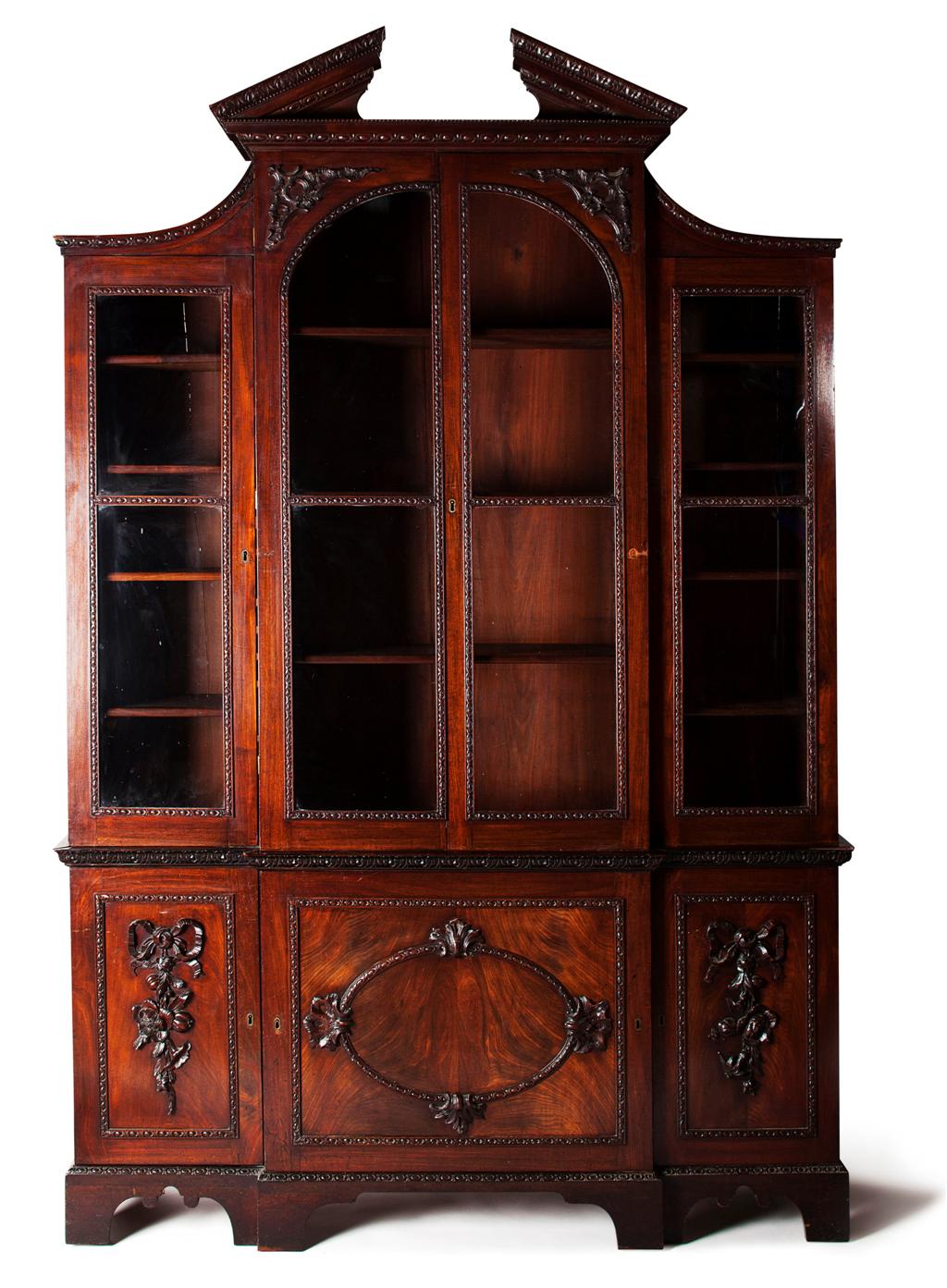 GOOD GEORGE II MAHOGANY BREAKFRONT BOOKCASE IN THE MANNER OF VILE AND COBB CIRCA 1755 of shallow breakfront outline, the broken arch pediment above a...