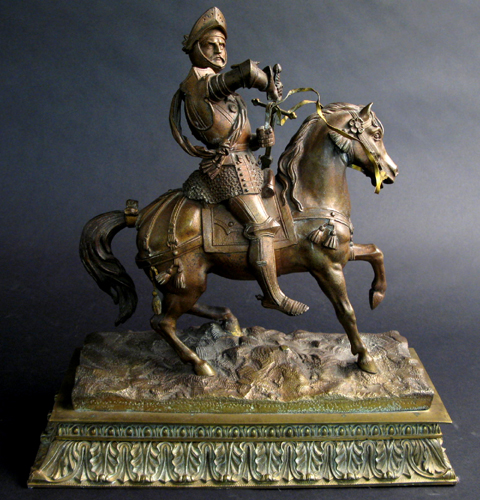 GERMAN GILT BRONZE FIGURE depicting a knight drawing his sword while mounted on war horse. In the 17th century style, sculpted in 19th century. The knight... [this item is NOT for sale]