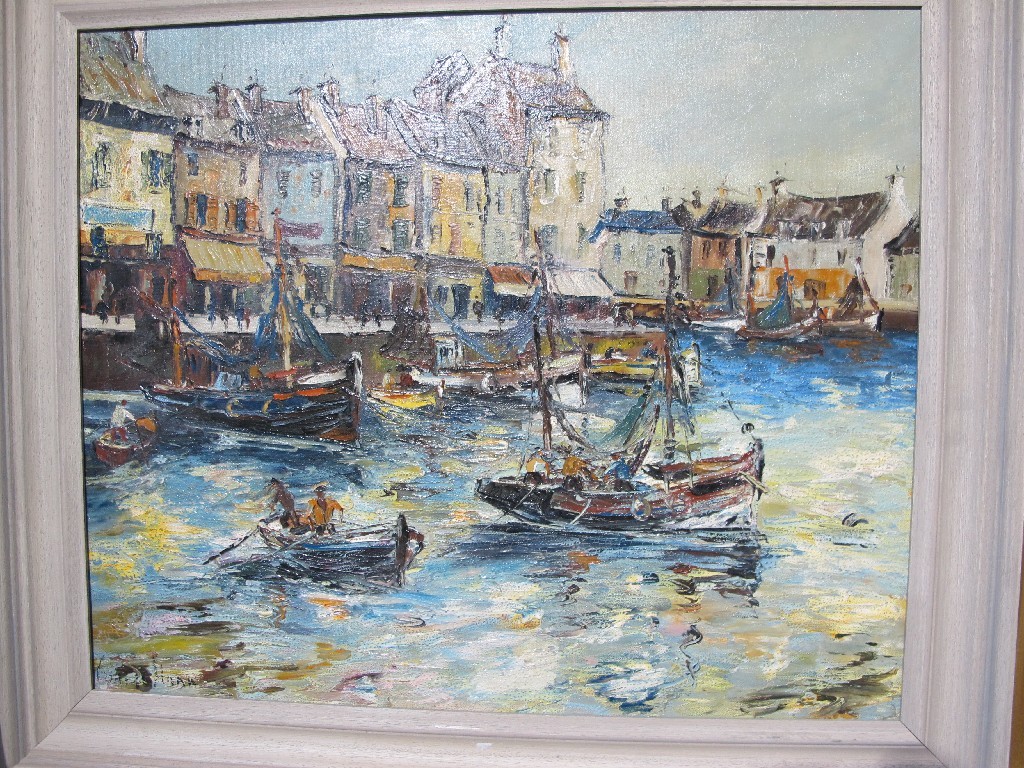 GEORGE HANN Oil on canvas harbour scene, signed ... [this item is NOT for sale]