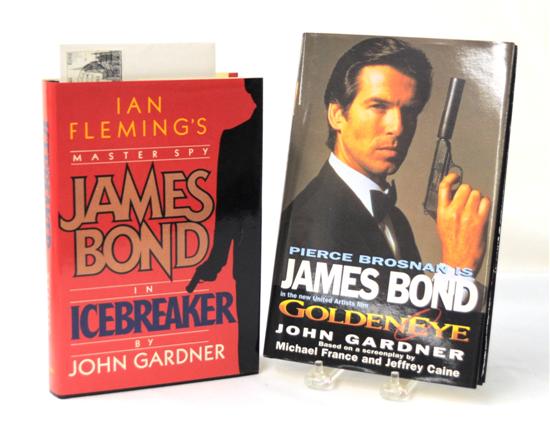 GARDNER John. Collection of James Bond novels and a letter signed by Gardner. Various publishers. All in original dust jackets. Titles include: Goldeneye... [this item is NOT for sale]