Appraise and find values for
GAR brass medal with eagle and silk flag,... 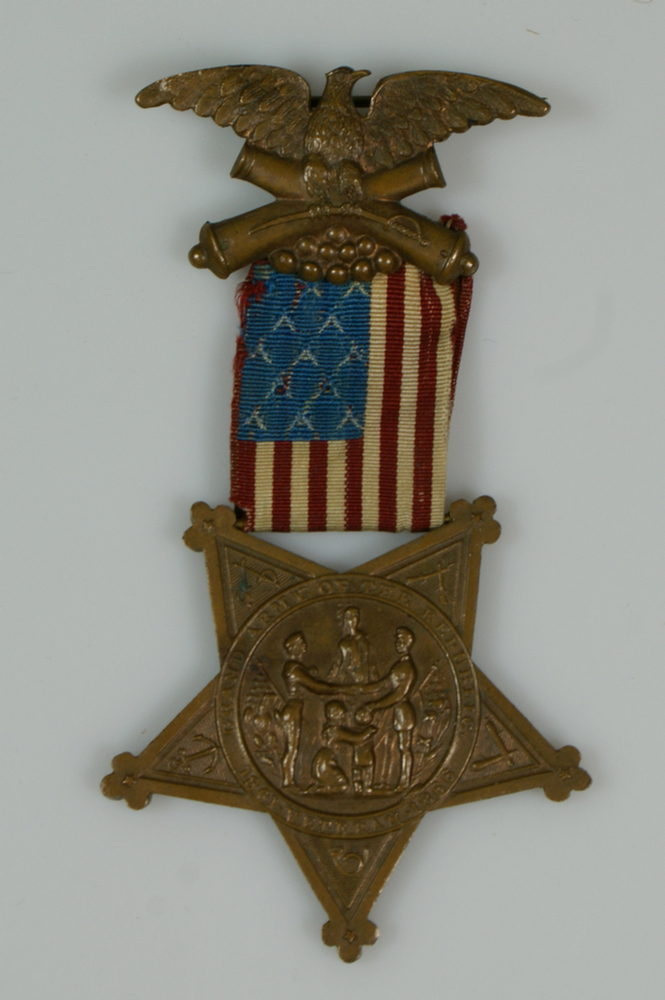 GAR brass medal with eagle and silk flag, medal reads "Grand Army of the Republic Veteran 1861-1866" Estimate ... [this item is NOT for sale]