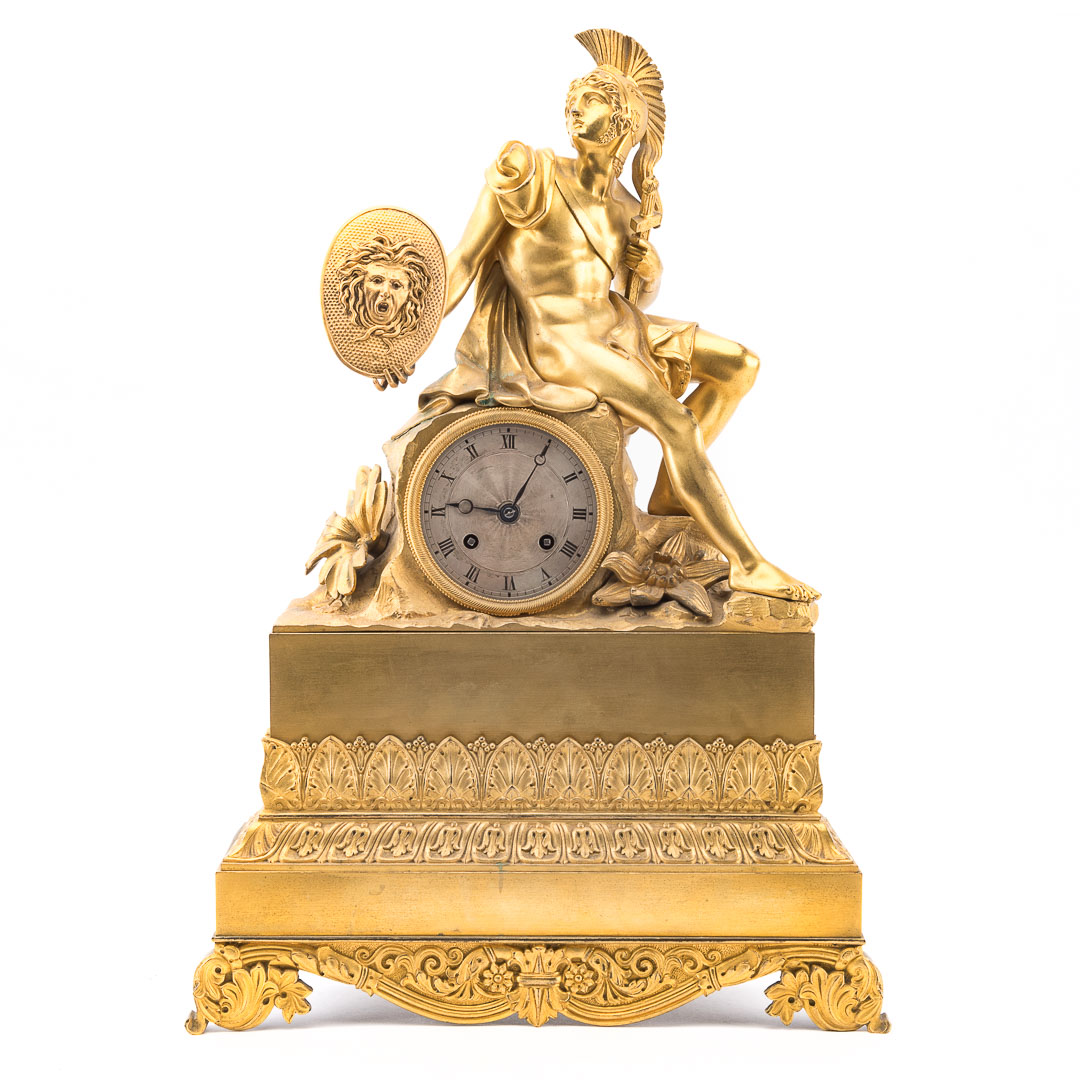 French bronze dore figural mantel clock rectangular plinth base on scrolling foot, surmounted with a figure of Perseus holding shield with head of Medusa,... [this item is NOT for sale]