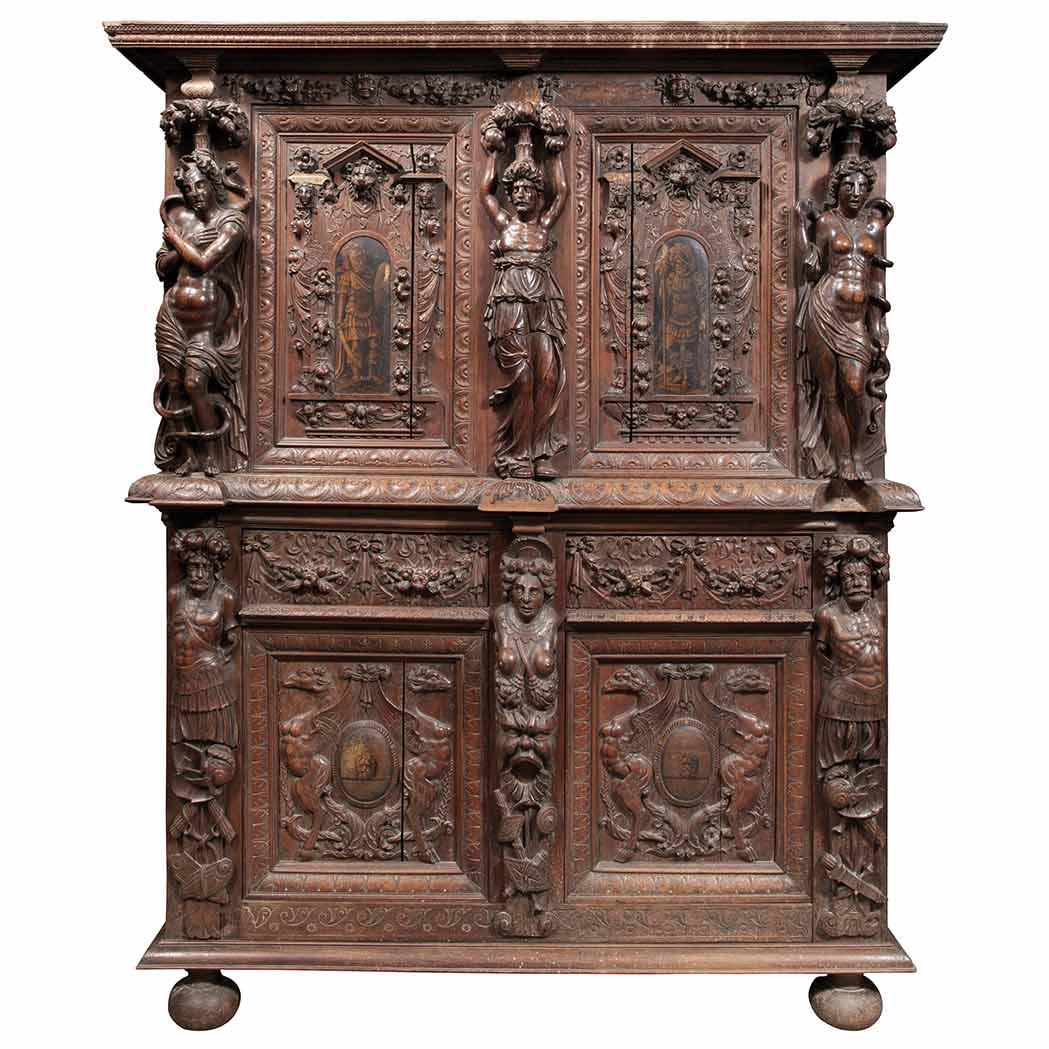 French Renaissance Style Walnut and Penwork Cupboard 19th Century and earlier In two parts, the upper section with a leaf tip carved molded cornice,... [this item is NOT for sale]