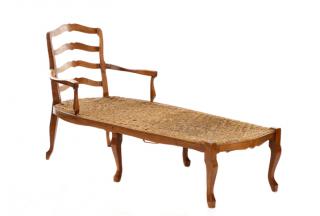 French Provincial Walnut Ladderback Chaise Lounge French, early to mid 19th century. A Provincial walnut chaise lounge, having a curved crest rail, a... [this item is NOT for sale]