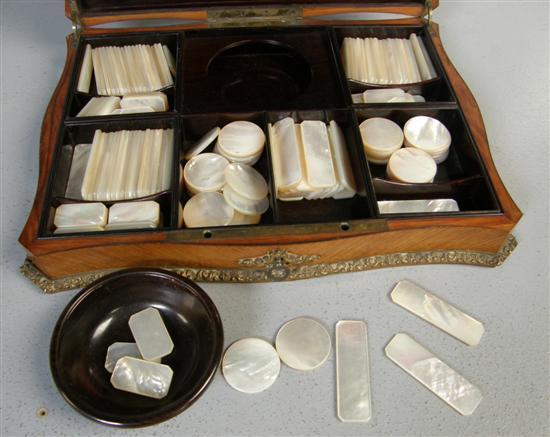 French Kingwood, cross-banded and brass mounted serpentine games counter box, with a quantity of mother-of-pearl counters and a central rosewood bowl,... [this item is NOT for sale]