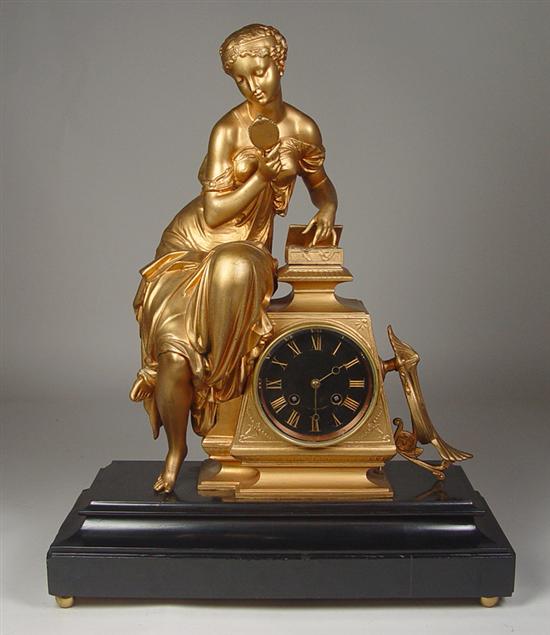 French Gilt Figural Clock Circa 1870. Black enamel Roman dial with gilt numerals, in obelisk base with figure of maiden with mirror and dressing box....