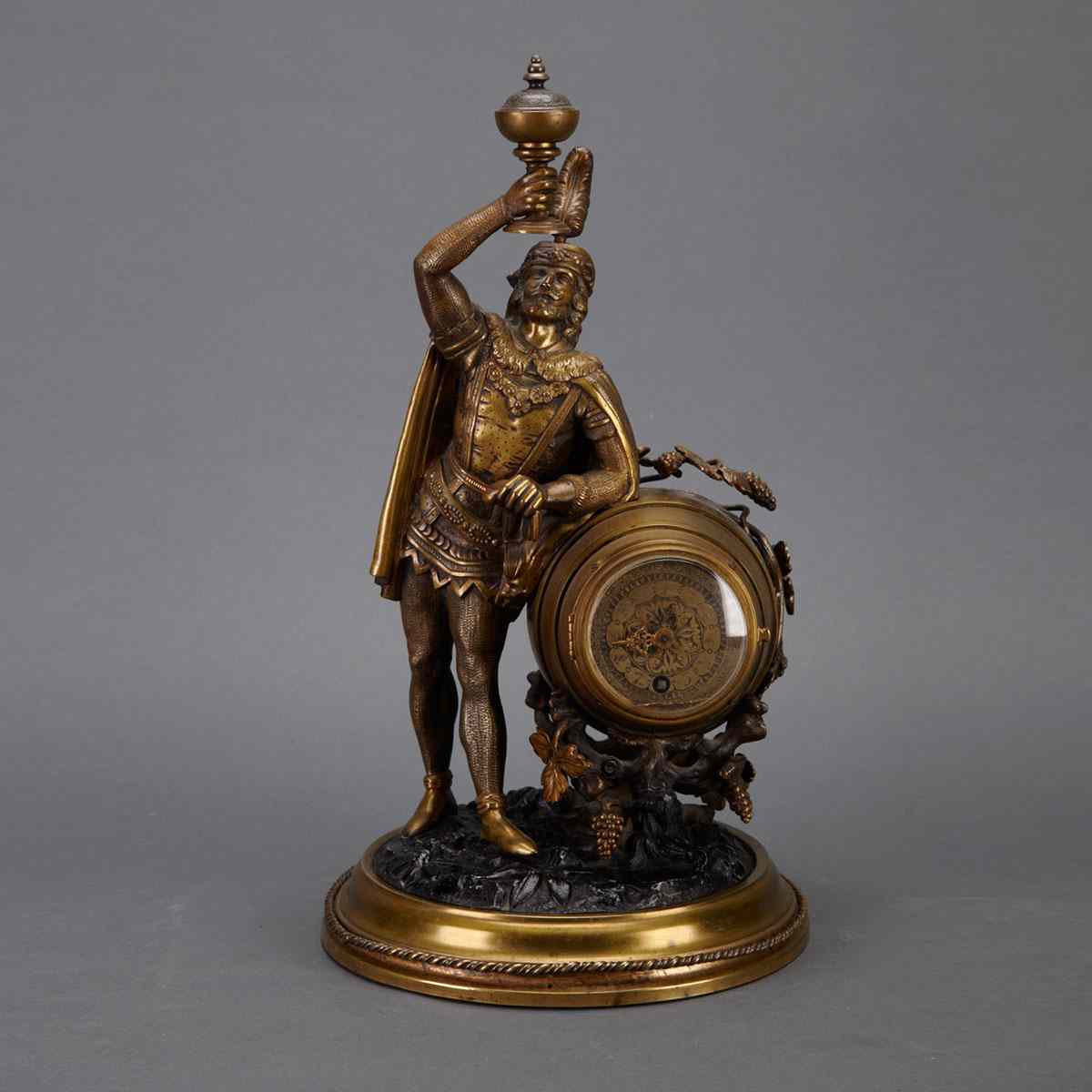 French Gilt Bronze and Lacquered Metal Figural Table Clock 19th century the standing figure of a Cavalier raising a cup beside wine barrel concealing 8-day... [this item is NOT for sale]