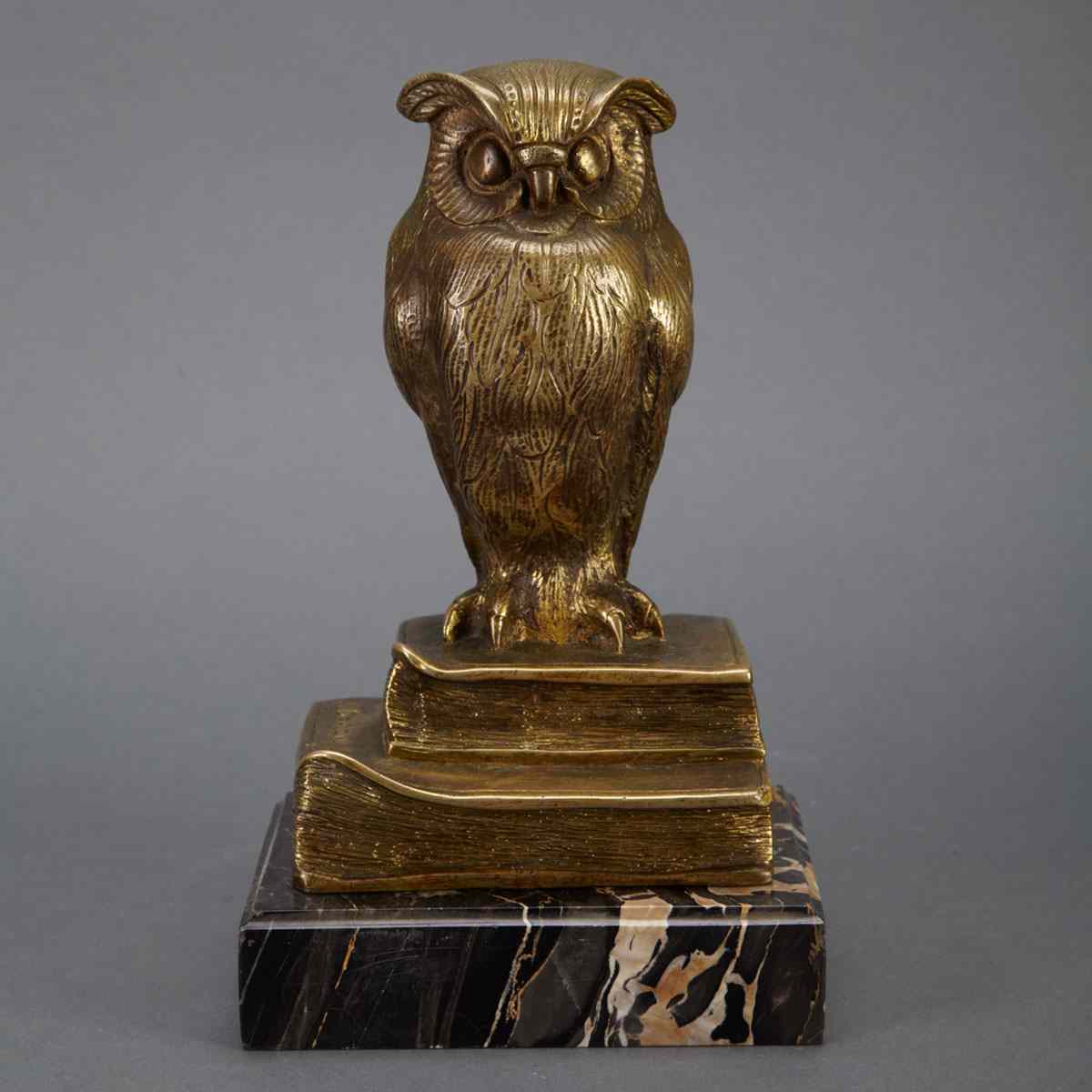 French Gilt Bronze Owl Form Bookend c.1920 after the model by Marcel Bouraine on variegated black marble base 9" (height) 22.9cm (height) spuriously signed... [this item is NOT for sale]