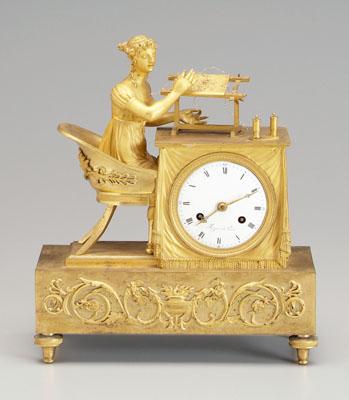 French Empire bronze dore clock, woman seated in classically styled chair while weaving on table loom, table draped and tasseled, two spools of metallic... [this item is NOT for sale]