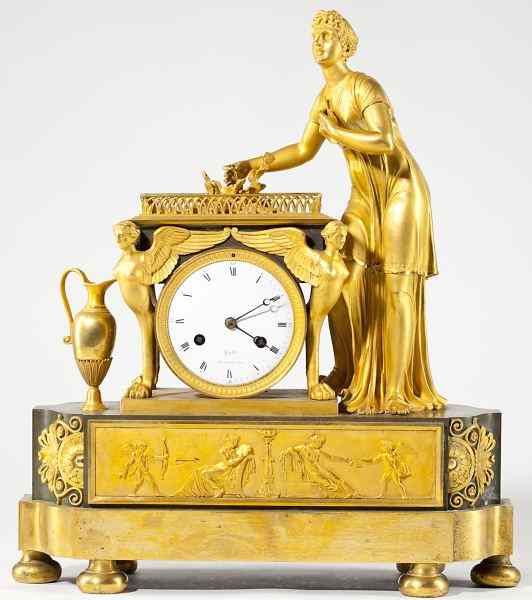 French Empire Gilded Mantel Clockcirca 1840 with standing female figure in classical dress modeled as clasping a letter to her chest while bending over... [this item is NOT for sale]