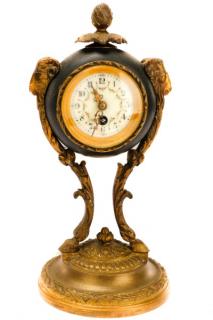 French Bronze Table Clock, Ram's Head Mounts French, early 20th century. Parcel gilt and patinated clock with pineapple finial with leaf motif above a... [this item is NOT for sale]