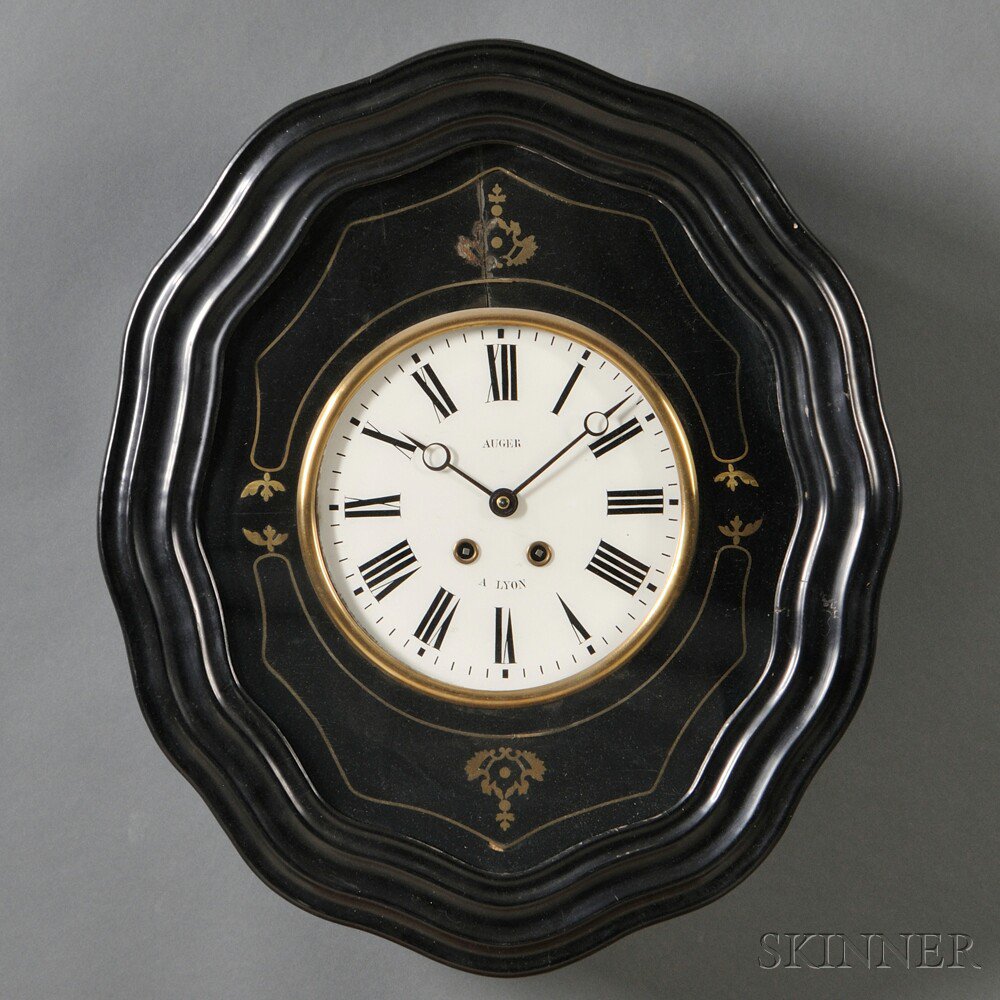 French "Baker's" Wall Clock by Auger, Lyon, ebonized case with brass inlay, 9 1/2-in. reverse-painting on glass Roman numeral dial marked with maker's... [this item is NOT for sale]