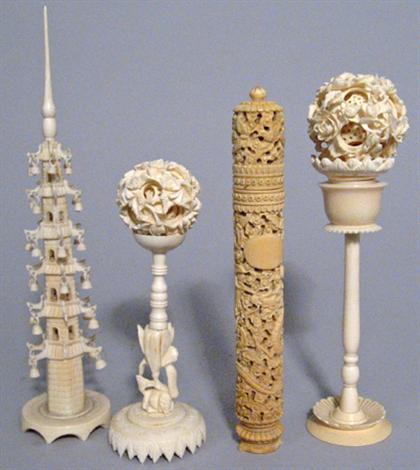 Four Chinese elephant ivory canton items late 19th century and later Including two puzzle balls on stands, a model of a pagoda, and a well carved... [this item is NOT for sale]