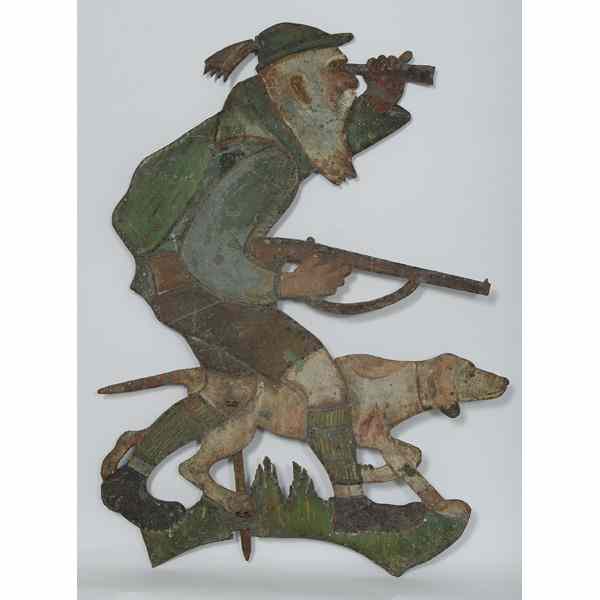 Folk Art Sporting Weathervane American a painted metal folk art weathervane depicting a hunter with hunting dog; ht. 16 in. Condition: Wear to paint and... [this item is NOT for sale]