Appraise and find values for
Five pieces of Imari: pair of small Japanese... 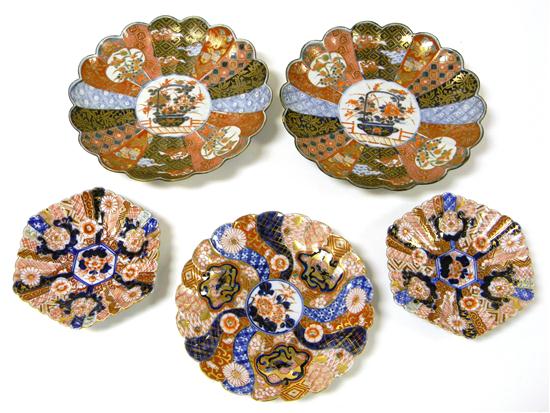