Price guides for Five Sixth-plate Daguerreotypes and an Ambrotype...

Appraise and find values for
Five Sixth-plate Daguerreotypes and an Ambrotype... 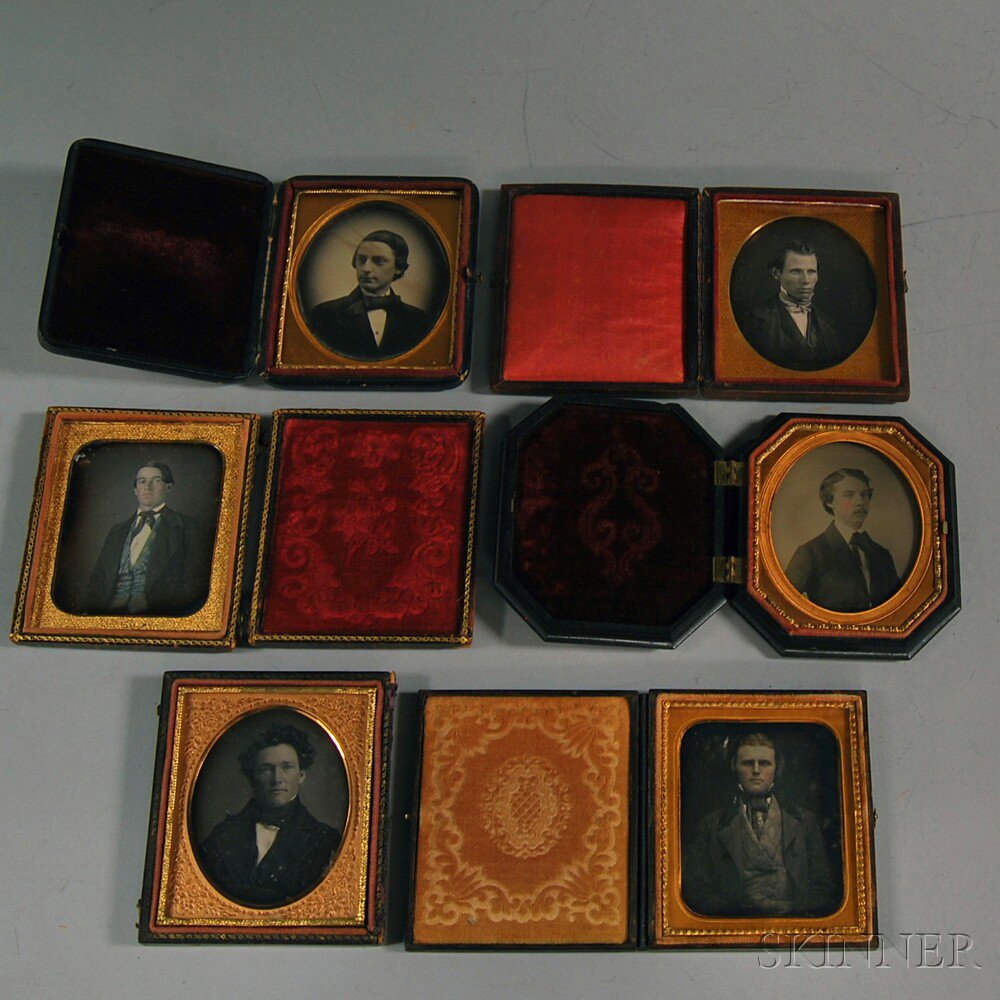 Five Sixth-plate Daguerreotypes and an Ambrotype Portraits of Young Men, one daguerreotype portrait identified as "Elijah Fuller," the name inscribed on...