Price guides for Five Daguerreotype and One Ambrotype Portraits...

Appraise and find values for
Five Daguerreotype and One Ambrotype Portraits... 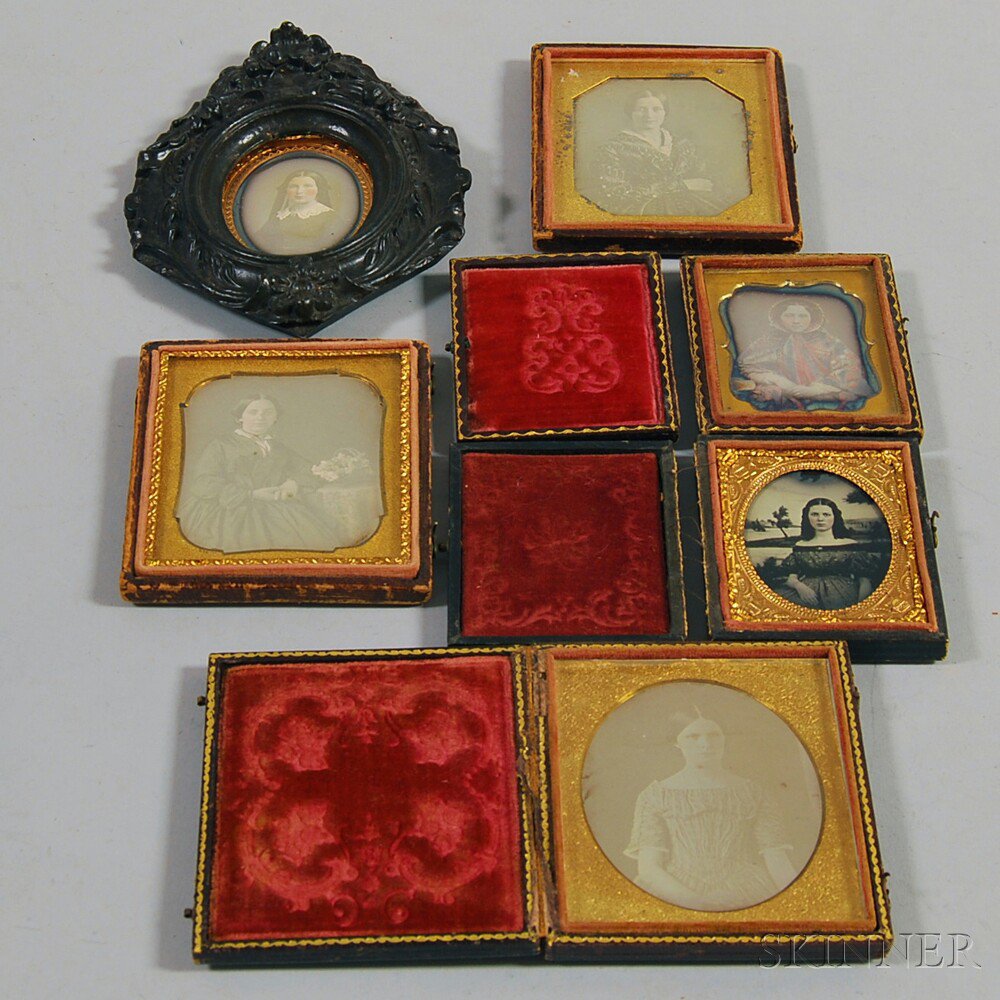 Five Daguerreotype and One Ambrotype Portraits of Young Ladies, three sixth-plate daguerreotype portraits: a woman seated beside a table with a basket...