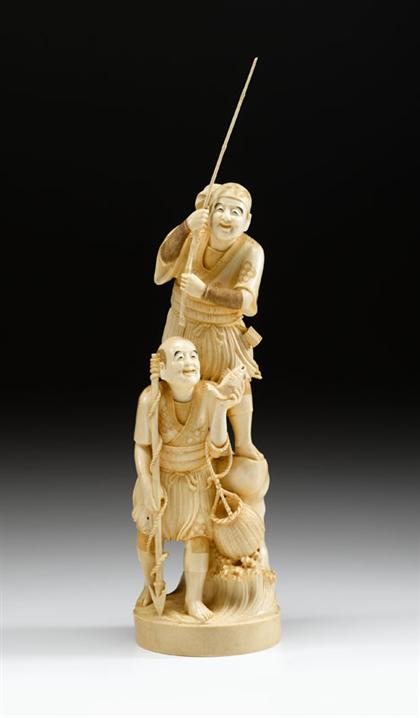 Fine and large Japanese elephant ivory figure signed red tablet to base, late 19th century H: 16 3/4 in. PROVENANCE: Private Collection,... [this item is NOT for sale]