Appraise and find values for
Fine Roman Bronze Bust of a Youth - Antinous:... 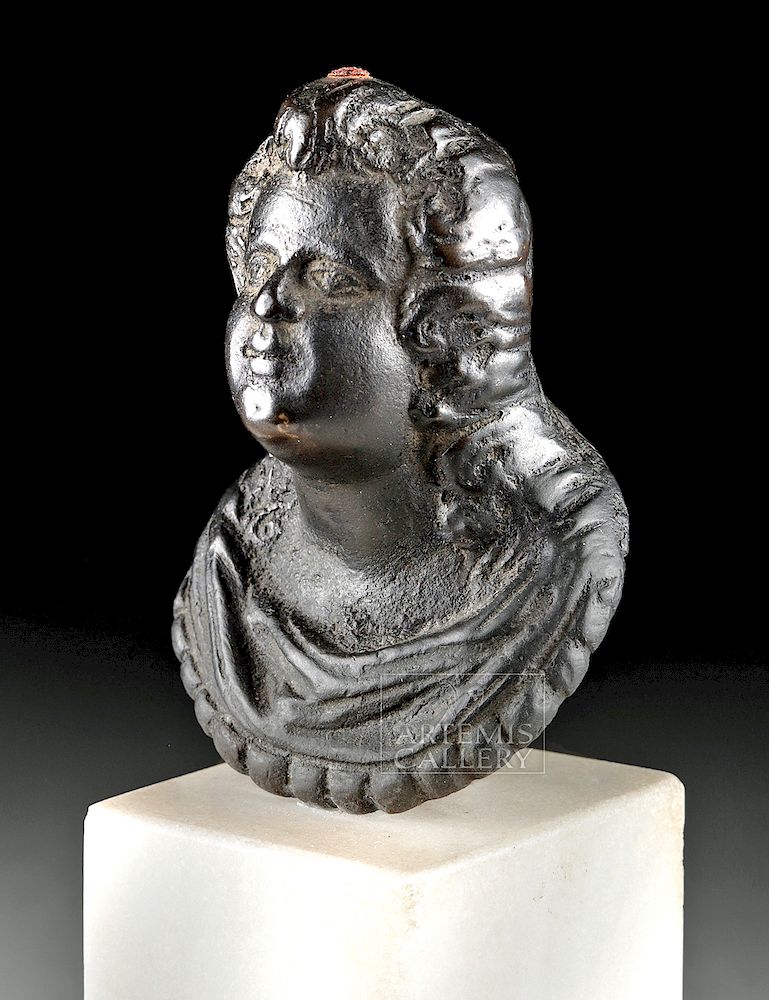 Fine Roman Bronze Bust of a Youth - Antinous: Roman, Imperial Period, ca. 1st to 3rd century CE. A fine, cast bronze bust of a male youth, with a draped... [this item is NOT for sale]